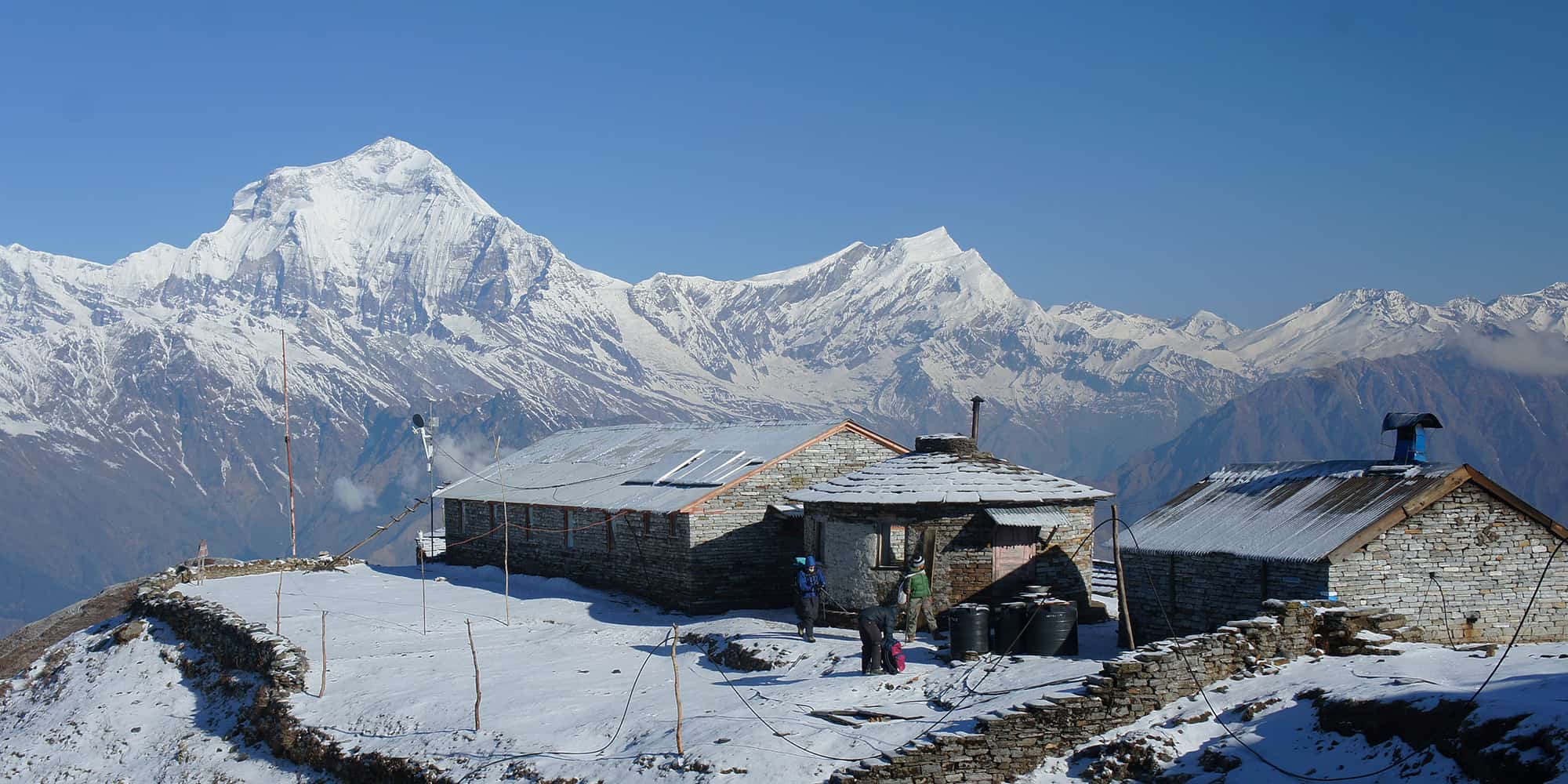 There is always somewhere to trek at any time of year...

When to Trek? Choosing the right time of year is the first critical decision when planning your Himalayan adventure. So your very first question is, ‘What Will The Weather Be Like?’

The most important factor in deciding when to trek in the Himalaya is the weather, which has a monsoonal climate. Heavy rains driven north from the Bay of Bengal engulf the region from June/July to September/October. This means that regions in the east, like Bhutan, Kanchenjunga and Makalu, receive heavier amounts of rain than in the west. The result is that the eastern ranges of tend to have slightly shorter trekking seasons than the western Himalaya, which is drier. However, Ladakh and Far West Nepal tend to have longer, more severe winters due to their more northerly latitude.

The monsoon season is not a very popular time for general trekking. Intense rainfall, leeches along the trail, transport delays and limited views beset all lower routes in Nepal and Bhutan. However, in Ladakh and the Annapurna and Dhaulagiri massifs block the northerly push of the monsoon clouds and create a partial ‘rain-shadow’ along the border with Tibet. Accordingly, Naar, Phu, Mustang and Dolpo only receive brief showers each day during the rainy season, which transforms their arid landscapes into fields of wildflowers and the locals get busy planting crops.

The monsoon appears to be getting longer over time. This has shifted the traditional start of the post-monsoon trekking season to mid-October (it used to be the 1st Oct). However, the intense periods of monsoon rainfall seem to be reducing, which means that trekking through monsoon is becoming a viable option for some folks.

After the monsoon has finished, stable dry conditions predominate throughout the Himalaya for two or three weeks. But expect a storm front of unpredictable intensity, usually in the third or fourth week of October.

The weather then stabilises again, probably until late November when the chance of occasional showers coincides with the beginning of a colder weather pattern. The clear skies and cold nights of December and January are in turn replaced by winter storms in mid to late February.

The beginning of March sees the sun regain intensity and the weather becomes unstable for alternating periods of three to five days. By the end of March dry, warm weather is the norm but haze begins to build in the lower valleys. As temperatures rise through April the remaining rain clouds disperse to be replaced by hot, hazy conditions largely produced by dust blowing up from the plains of India, and local fires.

May to June is the hottest period of the year, only cooled by occasional pre-monsoon storms. The storms gradually gain in intensity until the monsoon begins with vigour, usually at some point from mid June to mid July. 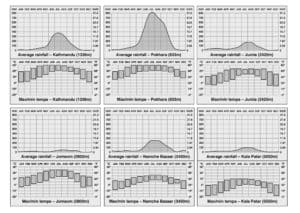 Weather stats in some popular trekking locations in Nepal

In recent years locals throughout the Himalaya have begun believing that the traditional weather patterns are becoming more unpredictable. Many locals now consider climate change to be the biggest risk to their livelihoods. There are obvious examples of glacial recession and it is obvious that the mountains are changing.

It is a good idea for those walking long sections of the GHT to receive regular weather reports. This is most commonly done via mobile phone along the main trails and satellite phone systems in remoter regions. Contact the team at Everest Weather (www.everestweather.com) for more information.

For those trekking in remote regions it is recommended you familiarise yourself with all the following websites and learn about the implications of wind direction and storm risk.

Which Style of Trek Best Suits You?

Go it alone? Need a guide but want some comfort along the main trails? Or want to camp and explore the GHT? Now it’s time to figure out which style of trek best suits you!