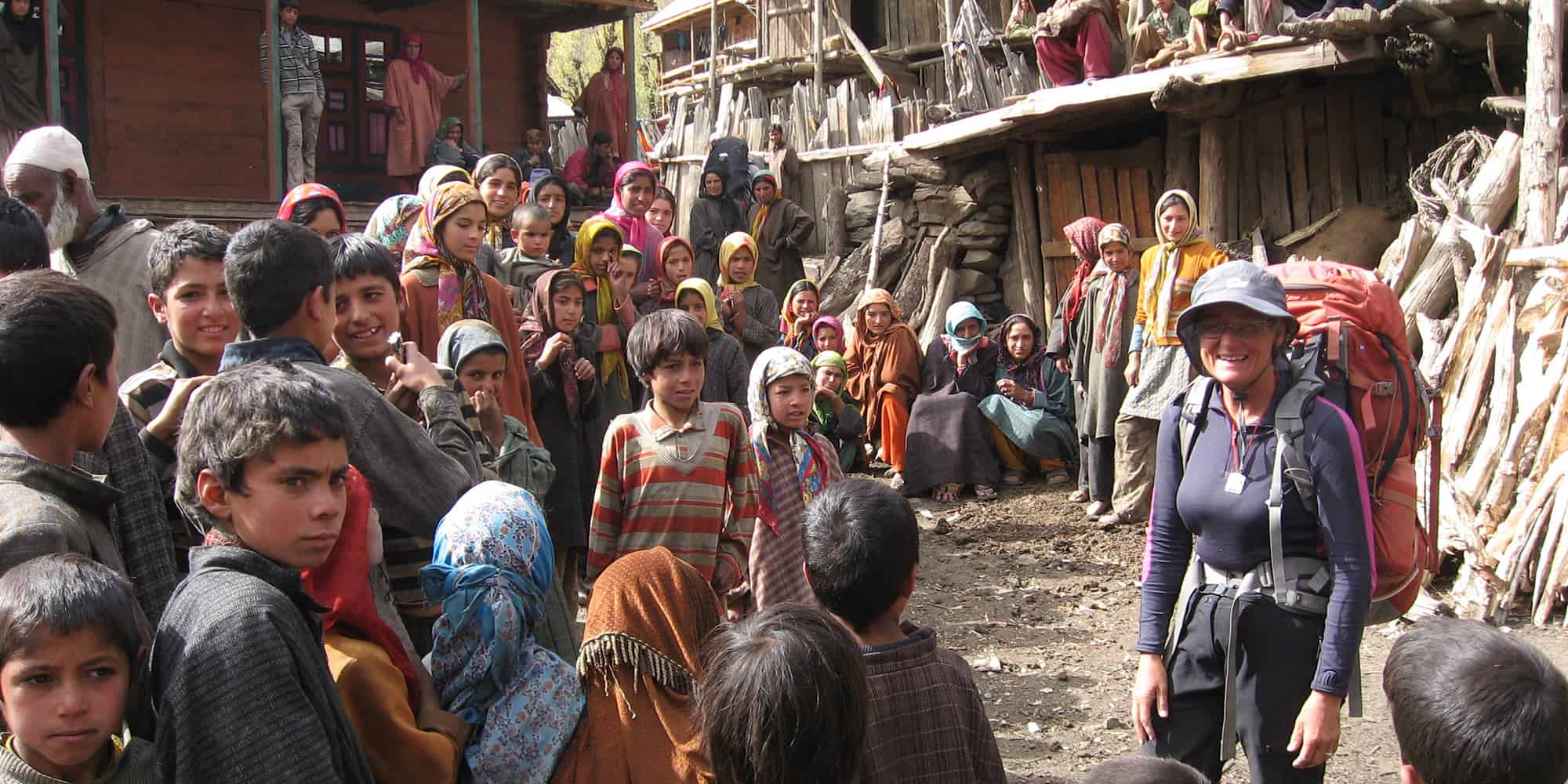 Curiosity should not be intimidating, but security is always important

Security and Communication is critical information! Your security in the mountains is your responsibility, just as it is when you’re at home. Effective and reliable communication, both verbally and via phones, is one of the most important aspects of you personal security and safety.

Serious crimes very rarely involve tourists, who are much more likely to suffer from opportunistic theft. It is also more likely that the thief will be a fellow tourist rather than a local. However, emergencies can come from many sources, like health or issues from back home.

Most locals are still very respectful of other people’s possessions and are often protective of your belongings. Some ethnic groups, most notably nomadic Tibetans, have been known to take items which they think have been discarded. So when you leave a solar charger or some laundry in a sunny spot make sure it is watched. Any bags left unattended, including those on bus roofs or checked onto domestic flights, should be locked. Keep spare money on your person in a money belt or buried deep inside your pack. Your kit bag is not as safe as the bag you always carry with you.

The role of women in Nepali society is changing in good and bad ways; strip bars and pornography accompany greater emancipation. The Nepali government is trying to cope with an underground sex industry that now flourishes throughout the country. It is unfortunate but perhaps no surprise therefore that women sometimes suffer from sexual harassment from young males, especially in urban centres or if a woman’s attire seems suggestive, for more information see Trekking as a Single Female.

Never carry something around town or on the trail that you can’t afford to lose.

Security and Communication via Data

Access to data networks is now possible in all but the most remote Himalayan regions, however network access does vary. The easiest way to stay in touch is with dual-SIM phones, which are cheap and easy to find in all major cities.

Another very popular option is Garmin InReach Mini, which offers a compact and lightweight satellite messaging system. Note that satellite-based services are illegal in India.

Phone systems across the Himalaya have expanded rapidly, and the cheap cost of calls is hugely enabling for local and visitor alike. The downside is almost perpetually overloaded networks. It can take multiple tries to get through between different service providers and line interference is common.

International calls are still comparatively expensive and it may take many re-dials to finally make a connection. The unreliability of the landline system means mobile phones are now very popular throughout the country. Inexpensive and good-quality internet phone services are also cropping up and a subsidised satellite network (CDMA) is spreading throughout mountain areas. If you want to set your phone to roaming it is wise to first check call charges, and that your provider offers roaming in Nepal. You may find it easier to buy a local SIM card; you will require photo ID and they generally cost about US$12 (with US$8 worth of calls).

When a Nepali answers a call they do not say their name, which can cause a great deal of confusion. Likewise, they do not normally say ‘goodbye’, they just hang up. Years of bad phone connections mean that most locals talk very loudly or even shout down the line. Expect the line to cut out at the most inopportune moment.

Recharge scratch cards are widely available and come in many denominations. You will find that calls home are pretty reasonable, and calling local numbers and even other mobiles is inexpensive, but the service can sometimes be erratic. There is no voicemail in pre-paid SIMs. Texting is popular as is ‘give me a missed call’ when arranging to meet people. When you try to call and can’t get through you will receive one of a variety of messages. They range from the phone is unavailable, the caller is busy, to the number called doesn’t exist. Persist, as the other person may just be on the phone. Expect to be cut off at some point in most calls.

The most popular service is Garmin InReach as it’s light and simple to use. However, messages are limited to 160 characters.

Thuraya satellite phones can receive SMS directly from the Thuraya website (sms.thuraya.com) for no charge. In Nepal, there is a local operator who sells phones and accessories, see www.constellation.com.np. There is also a new phone on the market in Nepal from Isat PhonePro; it is available for US$700. More information is at www.inmarsat.com.

Note that satellite services are illegal in India and require special permission to use. Bhutan has similar coverage to Nepal.

Internet access is readily available in nearly all urban centres, and during the climbing season there is even a satellite internet café at Everest Base Camp! Wi-fi is often available along the most popular trekking routes in Nepal and in almost every hotel and guesthouse in Kathmandu and Pokhara.

In Nepal, snail mail operates from the GPO (Sun-Fri 10am-4pm), a 25-minute walk south of Thamel on the corner of Kanti Path and Prithvi Path. When sending a letter or small package don’t put it in a post-box but ask them to frank it or the stamps may be removed and resold. Sending mail is easily done through the various bookshops in Thamel, which are usually more reliable than the hotels.

For parcels, in addition to the GPO you have the choice of international couriers with reliability at a price, and cargo agents who specialise in bigger consignments. The cargo companies will often accept much smaller airfreight shipments for the same price per kilo, usually around US$5, for common North American and European destinations.

The best time to call is in the early morning when the mobile network is less congested.

Most Nepali computer owners don’t use anti-virus protection, so avoid using local pen drives and make sure your anti-virus is up to date before you leave home.

We hope that’s all been helpful so far?

Now it’s time to cover some tips that can make a huge difference to how much fun your trek will be, plus make sure you don’t upset anyone along the way!