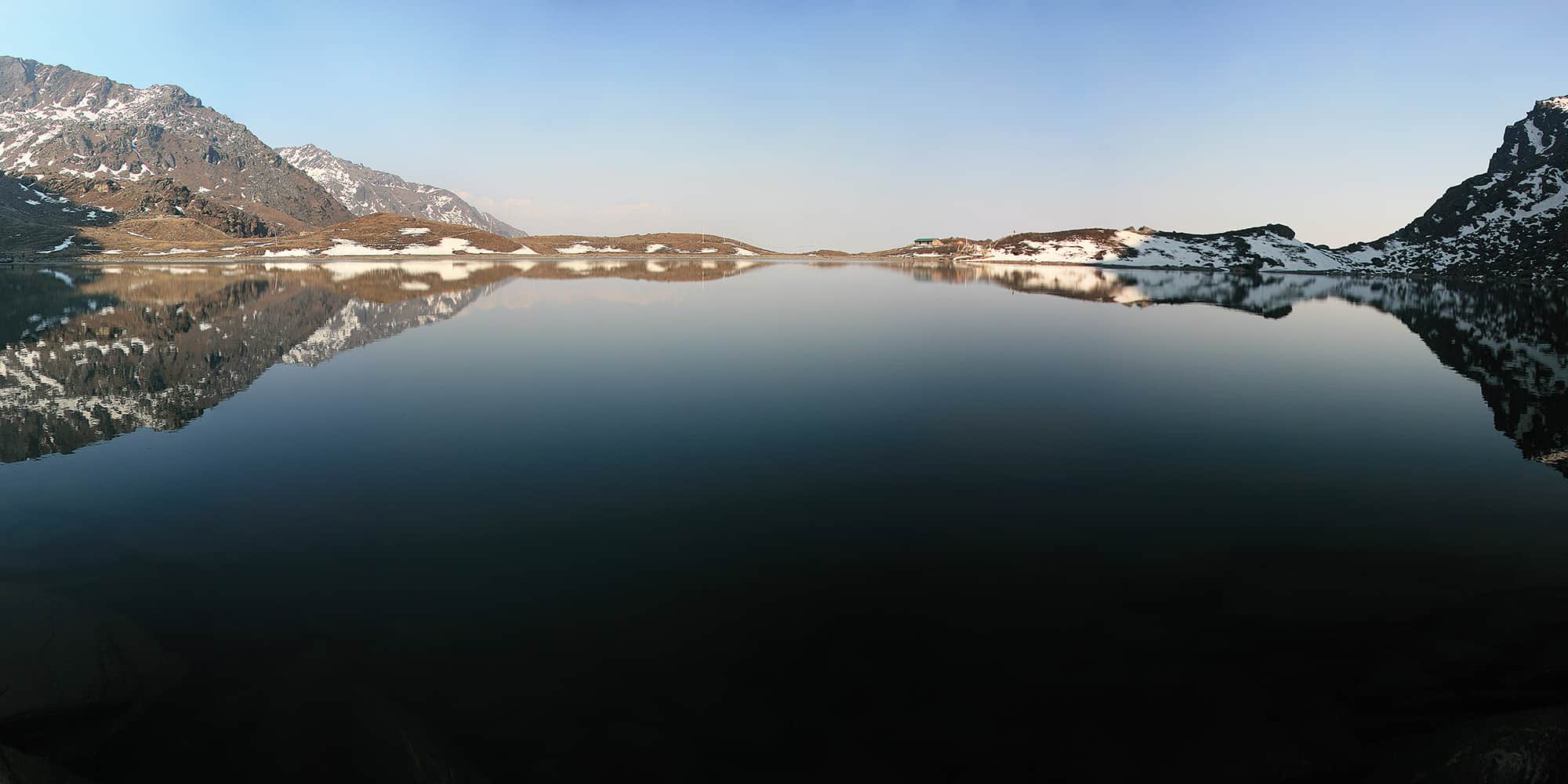 Bhairav Kund is a hidden oasis in Helambu

By far, the Langtang and Helambu Treks are the closest to the Kathmandu Valley, and they have some wonderful hidden secrets for those wanting to explore! Helambu is the region directly to the north of Shivapuri National Park and is easily reached by walking from the valley rim at Sundarijal. On the norther side of Helambu is the Langtang Valley and National Park, so both can easily be combined to form some wonderful Langtang and Helambu Treks!

Just a day to the north of Kathmandu is the third most popular trekking region in Nepal, Langtang National Park, where there are mountains, glaciers, wildlife and rhododendron forests galore. The intermingling of Bhotia, Tamang, Brahmin, Newari and Chhetri people throughout the region is a wonderful example of Nepal’s harmonious ethnic diversity. Add some folklore and some sublime sacred lakes, and it’s fair to say that the Helambu and Langtang regions have it all!

Three glaciers converge at Langshisa Kharka to form the headwaters of the Langtang Khola, which flows east to west between two chains of snow-covered peaks: the Langtang and Kangja Himals. To the far-east of the region is the very rarely visited Jugal Himal and beyond, the trails from Everest and Rolwaling Treks. The ridges and river valleys that shape the south-facing flanks of the Kangja Himal are broadly called Helambu. An extensive trail network runs throughout the region providing treks from just a few days to up to a month. However, most trekkers stick to the teahouse routes from Dhunche to Kyangjin Gompa, Langtang Valley Trek and Sundarijal to Gosainkund (Gosainkund Trek). Further west, you can join up with trails to Manaslu and Ganesh Treks.

Getting to Langtang and Helambu Treks

Of the two main trails in the region the Dhunche or Syabrubesi to Kyangjin Gompa through Bhotia villages is by far the more popular. If you have camping equipment, continue up the valley into an unspoilt mountain wilderness, which is home to snow leopard and three challenging passes: Kangja (Ganja) La, Tilman Pass and Tilman East Pass.

There are dozens of trails through Helambu that link the sacred lakes of Gosainkund, Panch Pokhari, Bhairav Kund and the very rarely visited Jugal Himal – and all dotted with villages nestled in rhododendron forests that are a blaze of colour in April. A major feature of this region is the ease of access; regular bus services from Kathmandu run to Dhunche and Syabrubesi in the west, and Melamchi, Chautara and Jalbire in the east. All these route options mean you can design your own unique Great Himalaya Trail experience in this region and it’s all just a stone’s throw from Kathmandu.

Established in 1976, Langtang National Park has a reputation for being well managed, where locals actively help to maintain park biodiversity and ecology. Human impact is limited but not absent as grazing is allowed in high pastures and permanent communities are permitted to exist in the heart of the Park.

As at August 2019, Rasuwa District (Tamang Heritage Trail) has a trekking permit of US$10 per person per week. Plus the Langtang National Park entry fee of NRs 3000 per person (foreigners), NRs 1500 (SAARC nationals) and NRs 100 (Nepali nationals).

View of Tilman and Tilman East - approach from south